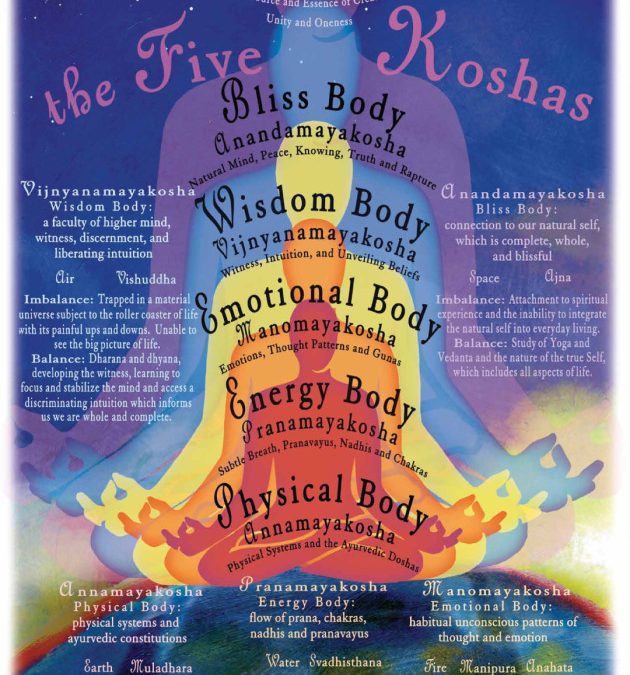 According to yogic theory & philosophy, a human being is comprised of 5 layers. These layers are called koshas, or sheath. Each layer is more subtle than the other.

The first is annamaya kosha, or literally mean ‘food sheath’ – it is the physical body: the bones, muscles, tissues, organs, bloods, etc. The grossest of the layers. It is made of the elements: earth, water, fire, air, and space. It is on this layer the gateway to the external world, the five receiving senses and the five action sense are located, so it is through this layer that one is experiencing life.

The second is pranamaya kosha, or the energy body, the prana layer. More subtle than the physical body, this layer not visible to the naked eye, but one can feel it. The chakras, or energy centers, are within this layer. Without prana, there is no life.

The fourth is vijnanamaya kosha, sometimes called the higher mind. Also referred to as the ‘wisdom body’ – this is where awareness, insight, discernment, and consciousness located. Without awareness, one will be only reacting to whatever comes one’s way. With awareness, one can stop to only reacting and choose to response with intention.

The fifth is called anandamaya kosha, the bliss body. Sometimes also called the causal body. This is the innermost layer covering the essence – the soul, or spirit, or self, or atman. The unchanging eternal reality. 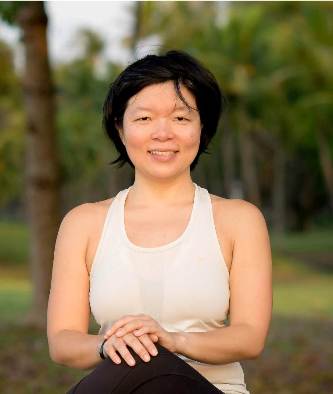