Seeing the World Through Filters

We function like a black box. There are inputs from the external world, get processed, and there’s an output. Example: I saw a something long, coiled, on the ground (input). In my mind (manas) I compared this image with thousands of images stored in my memory (chitta) and concludes this is potentially a snake (process), recalling that snake is potentially dangerous (process). I steer clear of that long, coiled thing (output).

Mind takes input from the outside world through the senses (sight, smell, hearing, touch, taste – also called the jnanendriyas). Imagine the mind like a camera, the lens is the input receiver.

If the lens is clear without anything in front of it, the mind will see the world as it is. With the snake example above, there is a filter of aversion to snake and filter of survival that may have prevent me to see the long coiled thing as it is – probably a rope. This filter color the way we interpret the world.

The snake/rope example above is an oversimplified example and relates to survival. The point is we receive input from the world the world through the mind lens, with many many filters in front of it. These filters color our understanding of the external world, and make us not see things as they are.

The mind often err on the side of caution because evolution favors those who are paranoid and steer clear from potential danger. The ancestors who weren’t so paranoid may got bitten by poisonous snake before finding a mate, have children and passing on the genes. These filters are part of evolution and survival in the past, and humans can become as they are now because of the filters.

Another example of how this filter works. I meet a person from a certain race. Growing up with parents that went through times where they were strongly discriminated by people of this certain race, I have a filter of race preference installed. This made me not act the same way to this person. Of course it is subtle as I have to consider my social status as well – I don’t want to be called racist. But there are internal processes that are different – eg more cautious, less trusting, less friendly, and so on.

This filter of race preference color my view of the world – not seeing every person, every human being, as what they are, another human being.

Yoga is a process of reducing the intensity of the filter – until it becomes clear – and then the mind lens can see things as they really are. In Yoga philosophy, this filters are called kleshas. How to make it clear? To be continued in my next post. 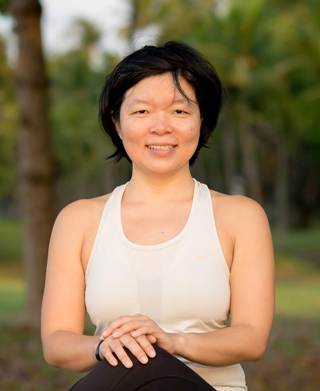